Patriarchal parishes in the USA 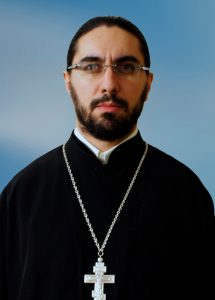 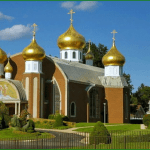 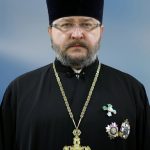 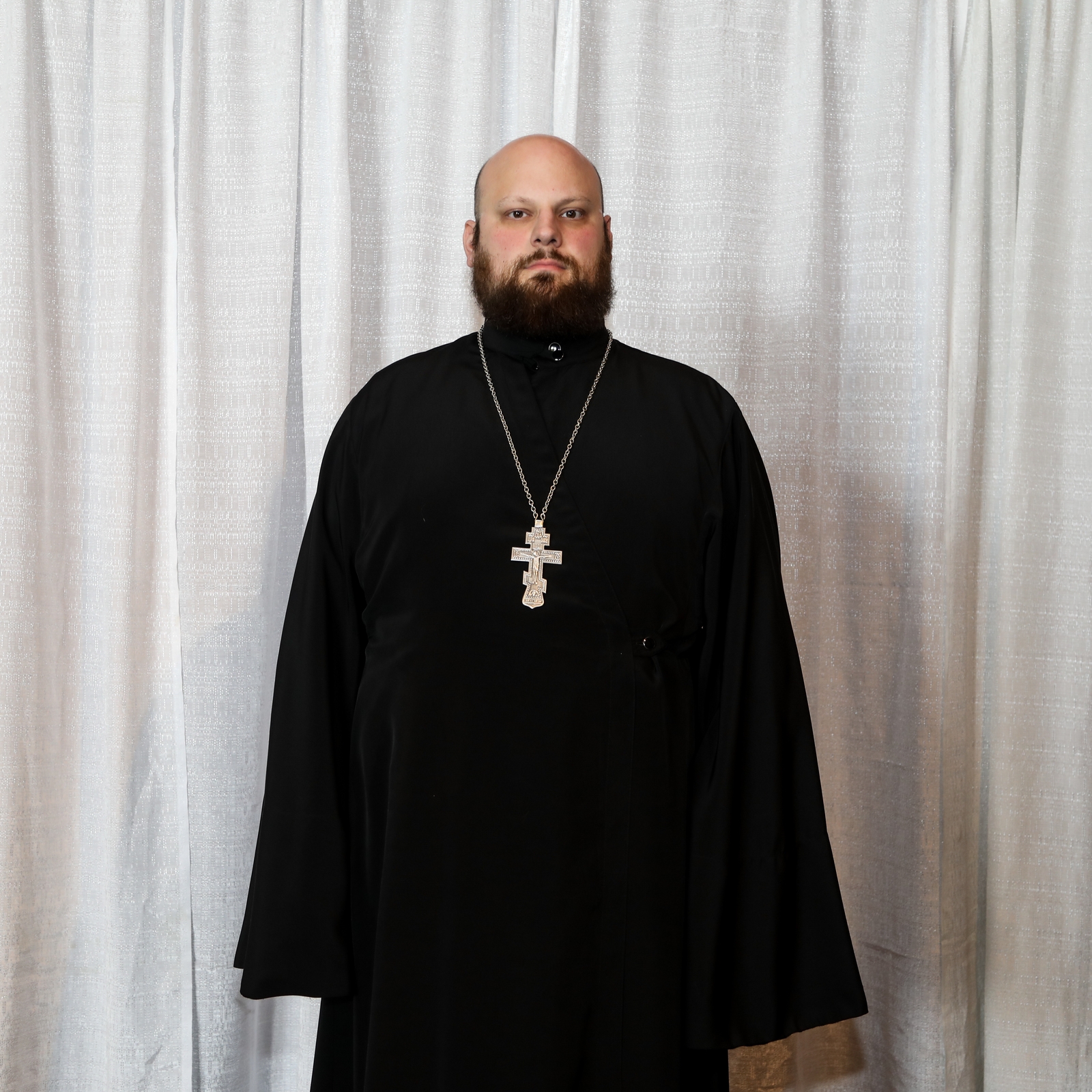 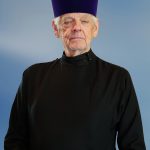 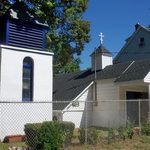 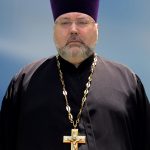 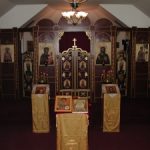 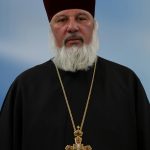 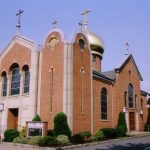 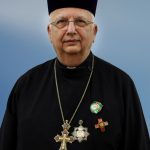 SS. Peter and Paul was founded March 24, 1902 as a Greek Catholic community. Between six-seven thousand people participated in the parade and solemn dedication services at Sts. Peter and Paul Greek Rite Church on July 13, 1902.

The first rector, the Rev. Vasilius Volosin of Mahonoy City, Pennsylvania assumed charge of the newly formed parish on Passaic’s eastside and served until 1905. during this period there were about ten thousand “greeks” in passaic comprising at least six hundred families. in 1905 the parish was accepted directly under the jurisdiction of the roman catholic bishop of newark, new jersey. this decision, consequently, compelled fr. volosin to vacate the parish and was succeeded by the rev. eugene homicsko who served the passaic parish until 1909. this is when the parishioners decided to sever their ties to newark’s Roman Catholic Archdiocese, returning to the Holy Orthodox Church. Fr. Homicsko unfortunately did not join this movement of the membership and was compelled to leave the parish.

Rev. John T. Krochmalney assumed charge of the parish in 1909 as the first Orthodox priest. Fr. Krochmalney left on February 15, 1910 and was succeeded by Rev. Alexander A. Hotovitsky. Hence, on Sunday February 20, 1910, Fr. Hotovitsky, the trustees and parishioners decided to submit to the jurisdiction of the Russian Orthodox Church. On March 6, 1910 the parish became a part of the Aleutian and North American Diocese of the Russian Orthodox Church. Rev. Elias Klopotovsky was appointed rector in April 1910. Membership of the parish increased rapidly that it was found necessary to enlarge the church facilities. Designs and plans were at once perfected and the new present temple was constructed through the zealous efforts of the parish membership and the last Czar of Russia, Nicholas II (now glorified along with the Royal Family). The outstanding architect was Mr. Beregesin of New York The new magnificent temple, one of the finest in the US, was erected at the north east comer of Third and Monroe Streets. The Most Rev. Archbishop Platon consecrated the new house of worship in 1911. Rev. Joseph Stefanko succeeded Rev. Klopotovsky in August 1913.

Membership rose to 600 families and several hundred single persons, totaling about 2,500 individuals in 1921. The parish school had 350 students enrolled during the same period. The choir consisted of 50 members and was noted as one of the largest and finest “Russian” choirs in America. 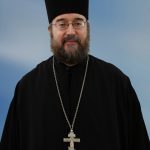 The founders of the Church of St. Peter and St. Paul arrived in Manchester, NH from Galicia, a province in the Austro-Hungarian Empire around 1900. Though historically these people professed the Orthodox catholic Faith, since the Brest Litovsk “Union” of 1596 they were politically coerced into submitting to and becoming united to the Roman Catholic Church. Upon settling in Manchester, NH and finding no church of their own, but yet, heeding the admonitions of their loved ones left behind in Europe — not to forget God and “to seek out the churches on which there are crosses.” The new emigrants attended services at a Catholic church and later were provided with a uniate priest and facilities at a Latin cathedral. In 1905, they organized a parish of their own — built a church — and received a priest from the uniate diocese.

Newly appointed uniate Bishop Soter Ortynski arrived in the country in 1907. Three men who were, perhaps, most instrumental in the return of their people to Orthodoxy were Basil Pilch, Michael Bozahara and John Zaharko.

The spiritual needs of the people were satisfied by the local Hellenic priest and the Russian Orthodox priest from Boston. Meanwhile a number of Orthodox emigrants from Russia had settled in the vicinity and they banded together with the Galicians to organize, in 1915, the present parish. On April 11, 1915, the Reverend Father Jacob Grigorieff of Boston was invited to celebrate Liturgy at the local Greek church and to preside at the first meeting of the parish. The gathering, which was composed of thirty-eight married and sixty-six single persons, chose two delegates, Basil Golej and Michael Bozahara, to go to New York City to petition the Archbishop

Several days later, fr. Peter Solovey was appointed pastor of the parish and services were celebrated at the hellenic church. meanwhile the present site of the church was acquired and the building was completed in the spring of 1916 at the cost of approximately $10,000. the edifice was dedicated october 29, 1916, by the most reverend archbishop Eduokim during the pastorate of fr. Michael Sotak, the parish\’s second pastor.

The early priests served to lay a foundation for those who followed. It was not until August of 1921 that a pastor, Fr. Joseph Banit, was appointed. Fr. Joseph was well liked and in the course of his tenure, much progress was made with the parish. It was also during this period that the parish, in connection with the Archdiocese as a whole became severed canonically from its primatal see, the Patriarchate of Moscow and was placed in a position of schism in regard to the Universal Church.

From 1930 until December of 1932 when Fr. Higumen, later Archimandrite, Theodosius Kulchitsky was appointed rector, the parish was without a spiritual leader, However, in the interim, and especially during the holy day seasons, the parish needs were taken care of either by clergymen sent from the diocesian chancellery or by a priest from Lawrence Massachusetts. Fr. Archpriest Michael Illinsky, the primate of the Russian Orthodox Church in America, for several weeks during the Paschal season of 1932 resided in Manchester, NH.

It was during Fr. Kulchitsky\’s pastorate that a sisterhood and young people\’s society were organized. In the period also a rectory was erected on the parish property. Although at one time in the early history of the parish a home for the priest was owned, it was sold in the fall of 1922 for economic reasons. The rectory was built in the fall of 1933 adjacent to the church with the assistance of several parishioners at a cost of $2,732.

Fr. Theodosius left in January of 1936 and it was voted at various meetings early that year to remain without a pastor but to ask the rector of the Church of St. John Baptist of Lawrence to be spiritual overseer of the parish. Finally on January 2, 1937, Fr. Basil Kostyshak arrived in Manchester, NH and remained throughout the war. His pastorate was marked by the upsurge in marriages and baptisms. He was replaced by Fr. Archpriest Leo Chumak in September, 1946. The parish voted (August 29, 1948) to reenter the lawful jurisdiction of the canonical prelate of the Church in this country.

The Reverend Fr. David Abramtsov was appointed (March 22, 1949) to the parish by His Eminence, Archbishop Macarius and a new era was entered by the parish.

In 1963, Fr. Alexander Kobashar became pastor of St. Peter and Paul Orthodox Church and has remained here to the day, when he retired and was replaced with Fr. Alexander Androsov. During these many years, many physical changes have taken place, new pews, new furnaces for both buildings, new siding on both, new furniture, remodeling, new appliances, etc. 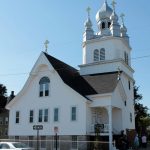 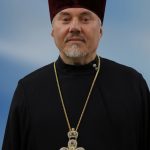 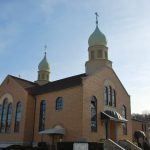 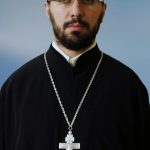 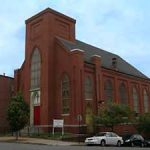 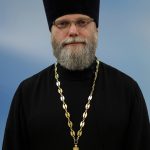 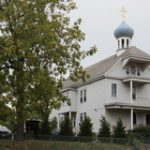 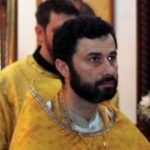 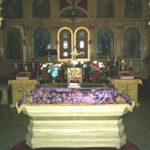